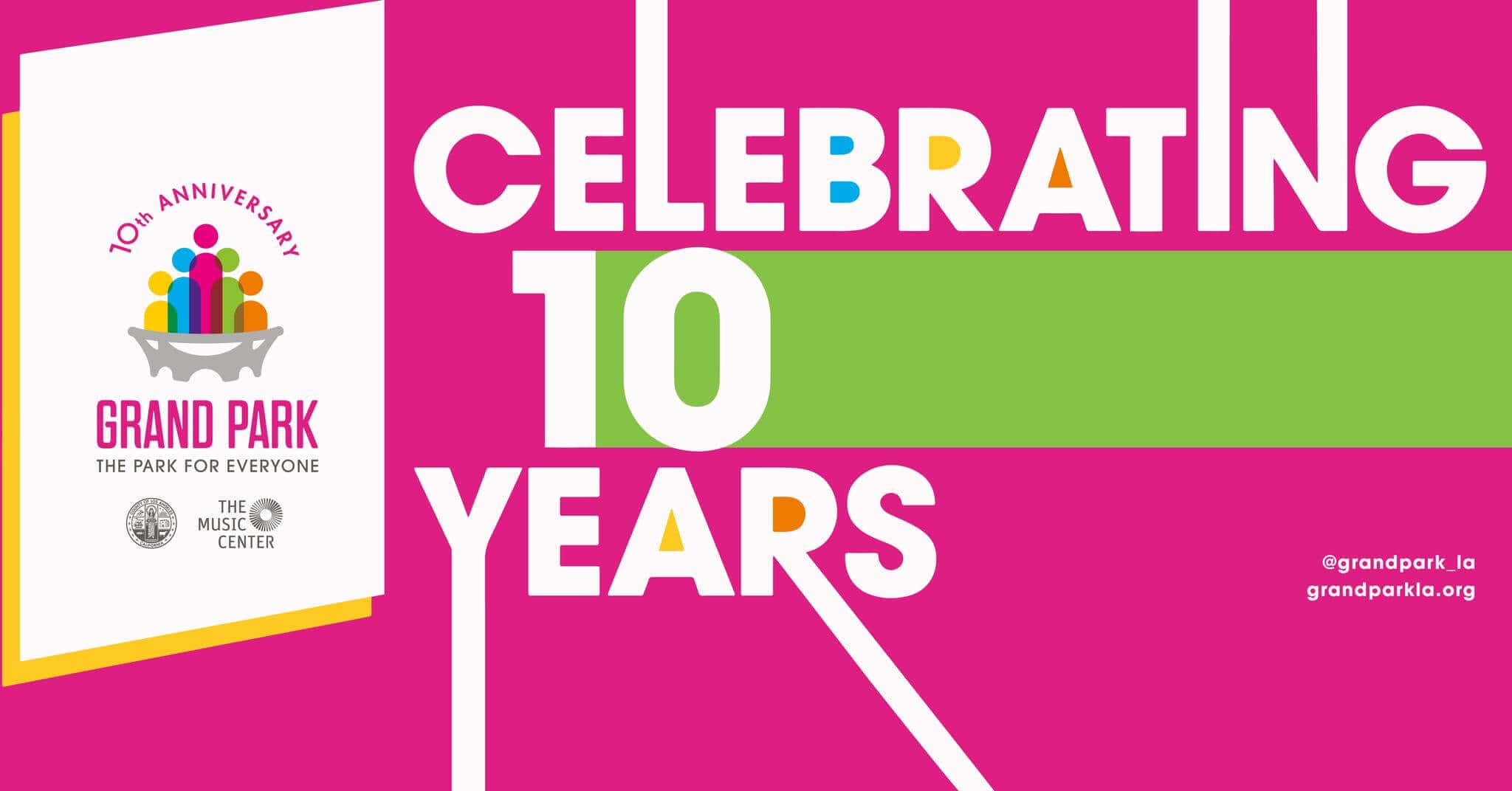 Los Angeles County’s highly popular Grand Park, powered by The Music Center, will celebrate its 10th anniversary as the park for everyone with a series of signature events that will take place from July-October 2022, culminating in a multidimensional weekend-long 10th anniversary celebration.

Over the next five months, Grand Park will hold a number of free events, including Grand Park’s 4th of July Block Party, Grand Park’s B-Boy Summit, Grand Park’s Sunday Sessions, Proud DTLA, Grand Park’s Downtown Día de los Muertos, and Grand Park’s NYELA, each of which will acknowledge the anniversary. The anniversary celebration will culminate on October 8 with a free evening concert open to the public and a family fun day the following day.

Since 2012, Grand Park, powered by The Music Center, has been Los Angeles’ Park for Everyone. Part of TMC Arts, Grand Park embodies accessibility and inclusivity through arts, cultural and wellness experiences that honor, reflect and celebrate the various voices and communities of LA. In its first 10 years, it is has become a crossroads for park-goers, artists, performers, audiences and partners from across the county to connect with one another and feel a sense of community year-round. Home of the west coast flagship New Year’s Eve celebration, it is the where both the young and old alike dance and picnic under the beautiful LA sun during Sunday Sessions, and where people pay homage to those who have passed during Día de los Muertos. And it is the town green where Angelenos gather to raise their voices around critical civic issues. Finally, it is a beautiful green oasis where people can simply enjoy a moment of rest or a fountain splash party with family and friends new and old. For years to come, Grand Park will continue to build upon this diverse legacy and ensure that the well-being of every person in Los Angeles is prioritized through the stewardship of its green spaces and the empowerment, joy and celebration of its programming.