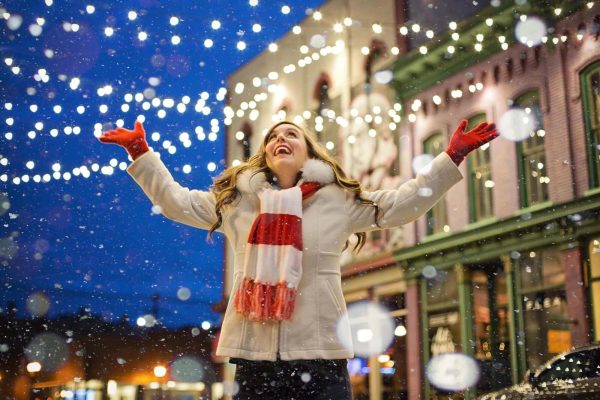 Almost every day is a holiday somewhere in the world, though many aren’t major holidays. One of the biggest months for holidays is December. Not only does it include popular days like Christmas and Hanukkah, but there are also over 100 other December global holidays. Check out some of the other popular December festivities and wow your kids with fun holiday trivia facts.

The Most Popular December Global Holidays

One of the biggest winter holidays by far is Christmas. This day celebrates the birth of Jesus Christ, although many sources believe his birth actually occurred in the summer. Some say the official date of Christmas coincided with Pagan festivals to help with conversion. Depicted in some of your favorite holiday movies, Christmas is so famous you almost don’t need to say more!

One of the most widespread December global holidays is New Year’s Eve. In fact, it is the only national holiday celebrated in every country. The New Year begins on January 1, and the previous year ends on December 31. Why does the year end on the last day of December?

The answer seems to be Julius Caesar. During his time as emperor of Rome, he changed several Roman laws, one of which was to make January the first month of the year. Caesar did this to honor the Roman god Janus, a four-faced deity of doors and new beginnings.

While Christians celebrate Christmas, Jewish people celebrate Hanukkah, also known as the Festival of Lights.  Hanukkah celebrates the survival of Judaism during one of its darkest times. In the second century BCE, the Seleucids, who ruled Judea, refused to acknowledge Judaism as a legitimate religion, and they demanded that the Judeans worship Greek gods.

A Jewish family known as the Maccabees refused and revolted, leading to a six-year war in which Judea won its independence. They rededicated their temple in celebration. During this celebration, a set of candles burned for eight nights on a single night’s worth of oil, which is why Hanukkah lasts eight nights.

Running from the day after Christmas to New Years’ Day, Kwanzaa celebrates African-American and pan-African culture and community. The holiday was created in 1966 by professor of Africana studies, Dr. Maulana Karenga.

Stories, dancing, and poetry readings are all part of celebrating this seven-day festival. The activities center around the Seven Principles, or Nguzo Saba, representing cultural values like unity, creativity, and faith. Each night families also celebrate with a feast known as a karamu.

Our Lady of Guadalupe Feast Day

December 12 marks a much-celebrated December holiday among Mexicans, Mexican Americans, and other Latinos, the feast day of Our Lady of Guadalupe. Colorful processions honor the Virgin of Guadalupe, an iconic figure who symbolizes devotion and patriotism and has inspired feminists and social activists. Her famous image is on everything from murals to tattoos.

According to legend, the Virgin of Guadalupe first appeared as an apparition in 1531 to a peasant named Juan Diego. He spotted her on a hill near present-day Mexico City, and he reported her appearance to a bishop who didn’t believe him. She appeared to Diego once more on December 12 and instructed him to gather flowers, which he was surprised to find growing at the top of the same hill in the middle of winter. When he visited the bishop once more, the flowers tumbled off of his cloak where he had placed them, and an image of the Virgin of Guadalupe appeared.

A tradition amongst the British Commonwealth, Boxing Day takes place the day after Christmas. These days, it’s mostly a commercial holiday, used to exchange gifts, but it didn’t start that way. In the 1870s, Christmas revolved around nobles and other members of the upper class.

Boxing Day switched that around and gave servants and workers a day off. Meanwhile, their bosses and masters would give them a present. The servants would use the day to celebrate with their families. It wasn’t just workers and servants who got presents on Boxing Day, though. It was also a time when the rich were encouraged to gift the less fortunate. The name comes from the boxes that gifts come in.

December 13 marks St. Lucia Day in Italy and Scandinavia. Martyred at 20, Santa Lucia was an Italian Catholic Saint representing light. In Scandinavian countries, each city selects a young girl to represent Lucia in a procession of lights. Dressed in all white, Lucia wears a crown of candles in her hair. A train of young girls and boys carrying candles and singing follow behind her. The celebration brings hope during the darkest days of the year.

In Scandinavian households, the children usually dress up and hold a procession on December 13, carrying trays of ginger snaps and saffron bread called lussekat to present to their parents.

Among the oldest of December global holidays, Yule occurs alongside the Winter Solstice. The Winter and Summer Solstices are the shortest and longest days of the year.

Like many holidays on this list, Yule combines several traditions, including an ancient Anglo-Saxon celebration and a Scandinavian festival dedicated to the god Odin. There are many ways to celebrate Yule, including creating alters, giving gifts associated with nature, and hosting candlelit dinners. The most common tradition is building a large bonfire and spending the entire night outside.

There are many December global holidays from several cultures and religions. They are all unique; however, they have a few significant things in common. All of them celebrate something special, recognizing faith, love, freedom, and hope.

What holidays does your family celebrate? Share your favorite holiday traditions with us in our Facebook community.