20+ Family Songs That Everyone Will Love
Skip to content 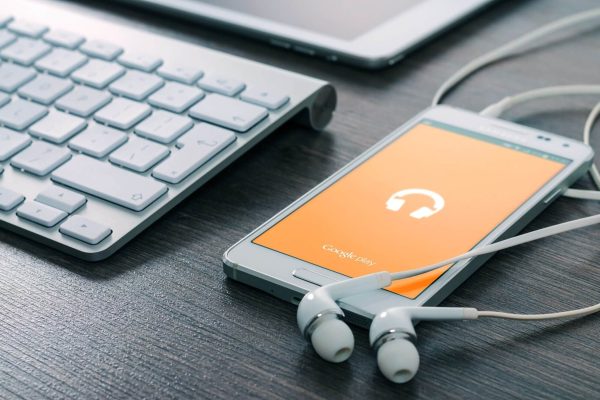 Music is one of the most beneficial things you can introduce to kids. In fact, a 2016 study found that experiencing music in childhood can actually accelerate brain development, especially in the areas of language and reading skills. Not to mention that dancing along to music is a great mood booster and an excellent way for kids to exercise and have fun with the whole family.

Selecting music everyone enjoys can be challenging, but family songs are a great way to include your entire family in the fun. If you’re looking for a great selection of family-friendly songs, check out our list of family songs everyone will love!

1. You’ve Got a Friend in Me from the Toy Story Soundtrack

Everyone loves the Toy Story movies. Who wouldn’t want to think about their toys coming to life! Even though this song comes from a kid’s movie, it’s great for all ages because it doesn’t have a childish sound like other kid’s movie songs.

2. We Are Family by Sister Sledge

Four sisters wrote this song to celebrate family. Released in 1979, the fun, upbeat song works for any gathering or road trip. It’s also a great song to dance to.

3. Hey Jude by the Beatles

Hey, Jude is one of the last songs Paul McCartney wrote for the Beatles. He wrote the song when he was taking care of John Lennon’s son while John was dealing with personal affairs.

The song has that classic Beatles harmony and can resonate with any generation. It has a calm sound that is great for lifting spirits.

4. Let It Go from the Frozen Soundtrack

What makes this song a great song for families to enjoy is everyone can sing along to it. Kids will light up in the car once the famous opening notes ring out.

5. Father and Daughter by Paul Simon

Paul Simon wrote this song to show how much love a father has for his daughter. While not a super pop-sounding song, this song is upbeat enough to dance to.

What makes this song even cooler is that it was included in the Wild Thornberrys movie!

This song was written by John Meyer to express the importance of relationships between parents and their daughters. He wants parents to understand that having a good, healthy relationship with their daughter now will set her up for being a good mother down the road.

7. Under the Sea from the Little Mermaid

If your children love to swim, this one is a must-have! Every kid loves to imagine what it would be like to live under the water.

This song has a catchy beat that will make anyone jump up and down. The Little Mermaid is a Disney classic, and the music will be a hit with any age group.

This is the ultimate family dance song. It’s a great way to help kids get their energy out. The words are also easy for anyone to understand.

And who doesn’t love seeing animated animals get their dance on!

Another hit from the 1970s, this song calls for parents and children to treat each other with love and respect. Raising kids and helping aging parents is a hard task. But, if each generation supports the other, society will be better for it.

10. Can’t Stop the Feeling from Trolls

Trolls is one of those movies that uses pop songs to create a great soundtrack. This song is another danceable beat with clear words anyone can sing along to.

Can’t Stop the Feeling is a family-friendly song that encourages its listeners to be happy and embrace good feelings.

11. Cats in the Cradle by Harry Chapin

This song was written in 1974. The song tells the story of a father and son who can’t find time for one another because they are too career-focused. It sends a warning out to parents to make sure you have time for your kids so you can foster good relationships.

Despite the message of the song, the music is more upbeat. The lyrics are clear and easy for anyone to sing along to.

When you have a big family, you need to stick together. This song showcases all the ways families can be present for one another. It’s one of the most wholesome songs on this list.

13. Everything is AWESOME from the Lego Movie

This song has a really strong electro-pop sound that encourages being together. Everything is better as a team — and this song proves it!

14. Here Comes the Sun from the Bee Movie

The Bee Movie wanted viewers to understand how important bees are to the world. This song comes at the end when all the bees return and save the plant life.

Here Comes the Sun is a cheery tune that makes everyone smile. It also has a calmer sound than many other children’s songs.

15. Never Grow Up by Taylor Swift

Everyone LOVES a good Taylor Swift song. She released this song in 2010 when she was dealing with emotions around growing up. Growing up is hard, and this song takes pride in the little moments between parents and children.

16. You Raise Me Up by Josh Groban

You Raise Me Up is one of those ballads that you just want to belt out at the top of your lungs. It shows how important it is for everyone in a family to support each other. The more you support each other, the more people can do with their lives.

17. Who Says You Can’t Go Home by Bon Jovi and Jennifer Nettles

This song was released in 2006. Bon Jovi used it to communicate his love for his New Jersey hometown. The version with Jennifer Nettles has a country sound.

When you listen to this song, it’ll make you feel a strong appreciation for home and where you come from. You can always go back home.

18. The Rainbow Connection by Kermit the Frog

The Muppets have created some of the best family-friendly songs out there, and this is one of their most popular. This song reminds kids to keep dreaming, and that one day everything will work out. It’s also another calm song that can be good for later at night.

19. Family Affair by Sly and the Family Stone

Family Affair is a great song for families with multiple kids. It shows how different siblings can be, and how a mother will love them no matter what.

The sound is bubbly with multiple singers. It can fit with any occasion.

20. Go the Distance from Hercules

The Hercules movie is a great way to teach your kids about the famous Greek myth. Go the Distance is all about finding and following your dreams, no matter how far they take you.

Loving your family is as simple as A, B, C, and 1, 2, 3. This Jackson 5 classic is always a positive way to get moving and smiling.

Nothing says carefree days enjoying life quite like this Beatles hit. You’ll have tons of fun singing the silly lyrics together.

This Motown hit might be an oldie, but it’s definitely still a goodie and rings true when it comes to expressing how much you love your family.

When life is getting you down, this song is sure to turn your frown around. Pop this song on when your kids feel blue and help everyone feel happier.

Speaking of happiness, nothing will get you up and dancing together quite like Pharrell’s infectiously positive beat.

Create a Great Family Songs Playlist for Your Next Event

These family songs will give any event a great playlist. Each song works with different family dynamics, so you know you’ll find the perfect song for your family.

If you want more ideas on fun things to do with your kids, check out:

25+ Easy Kids Activities You Can Do At Home

25 Fun and Creative Things to Do at Night with Kids