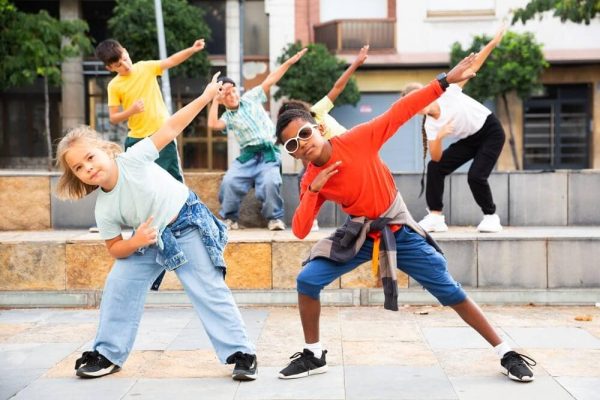 Do you have budding thespians at home? Or do your kids love to sing and dance? If your kids have a passion for the spotlight, then these theater, music, and dance summer camps might be might be just what you’re looking for to keep them entertained till school starts again. Here are the best performing arts camps Los Angeles has to offer.

Be sure to check in with all the camps listed for info on their COVID protocols and schedule for summer 2022. Many camps are still TBD, we will update as more info becomes available.

Aimed at instrumentalist musicians in middle school, Pacific Blue Music Camp is one of the most reputable music camps in Los Angeles. Each season ends with an open concert for all students to display their skills.

So Fly Kids offers winter and summer dance camps for kids ages four through 13, although teens up until 16 can opt for the counselor in training positions. The program includes includes dance, gymnastics, science, and more!

Primarily known as YADA, this acting camp offers musical theater options for kids across all age groups and focuses on one or two-week sessions according to interests and aspirations. The 2021 Summer group featured Disney’s Descendants, High School Musical, Hamilton, and more!

One of the most all-encompassing options in this list, SOCAPA Los Angeles has summer camps for any performing arts your teens prefer—dance, film, photography, music, and acting. The programs are open to teens ages 13 to 19.

Quick-witted and spontaneous jokesters would have lots of fun at Second City’s Comedy Camps, a year-round option for kids ages seven to 18. Currently working as an online camp, check out the details here.

Regularly praised as one of the best dance camps in Los Angeles, LAtitude Hollywood Dance Camp runs for three weeks and includes multiple dance styles, including hip-hop, house, jazz, and contemporary, among others.

A year-round learning experience, Class Act Community Playhouse offers a five-week theater camp in the summer for kids ages seven to 15. The camp culminates in a live theater performance of a full-length Broadway show. Class Act also offers introductory lessons to the theatre world for children ages three to five.

With a variety of music camps for all ages and stages of musical ability, Join the Band provides everything a music enthusiast needs—introductory levels, rock band camps, and songwriting options.

It may not have Jack Black, but School of Rock remains one of the best music camps in the United States and has several locations in LA. Their music camp options range across several age groups—from preschoolers to adults.

Found the perfect dance and theater camps? Share your experiences, knowledge, and questions about performing arts camps with other parents in our Local Anchor Facebook group.